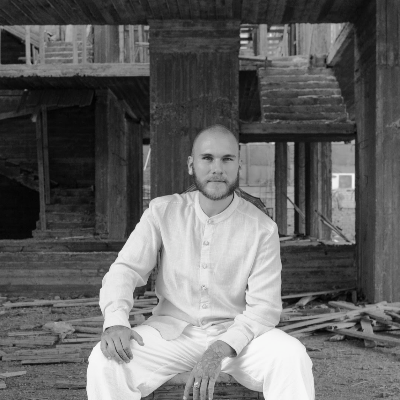 MBM is rooted in the ancient cultures of Taoism, Qigong, and Vedic Teachings, yet it is simple, effective, sustainable and non-secular. This transformational experience uses a series of body and breath practices designed to boost and sustain the stable life force energy within, connect you to the inner cosmos, and empower you to heal yourself and others.

Nicolai spent the last decade studying and teaching breathing techniques, taking him to some of the most secluded places in the world. His teachers are Yogi Masters in India, Chinese monks, and Kungfu fighters. Nicolai became an international BreatheSMART instructor and representative taking the project to Switzerland, the UK, and Iceland, after the project was nominated for the UNESCO peace prize. In 2019 Nicolai created Re-Cover (re-cover.eu) with the mission to make ancient practices accessible and implementable into today’s modern society and life. Thus far he had taught thousands of people in 15 countries.